Home › observations › By Any Other Name

By Any Other Name 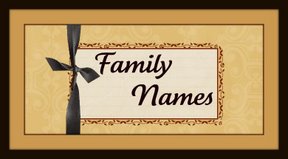 Giving someone a name is serious business. I recall the spirited conversations about picking just the right name for my daughter and the endless conversations she and I had, figuring out names for her sons. There was so much to consider: the names’ meaning,  sound and associations, the need to commemorate a relative, the desire to choose a name for the child to live up to, the concern that the name could be twisted or mocked by annoying playmates, the name’s popularity or lack of popularity. It seemed to us that the name had almost magical properties that might help ensure the child’s safety and future success. Maybe the first and last real control that the parent has over her offspring, like Adam naming the animals in Genesis.  The final name was bestowed after the babies were born and seemed to “look” like a Zachary and a Miles. Now it’s impossible to think of them with any other names. 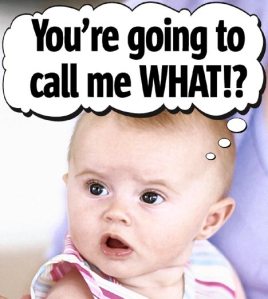 For the past year, I’ve been trying to discover the names of my great- grandparents. I know the names of my grandparents, though I actually met only one of them. But I needed to know the names of these far off and long ago ancestors. Though there is no one alive who could remember them, or anyone who really cared, it was my question. To make a connection to the past, I needed their names. Now, of the eight grandparents whose names I went in search of, I have the names of four: my father’s maternal grandparents (Jenny and Louis) and my mother’s maternal grandparents (Masha and Haskell). They were born in the 1850s and 1860s in tiny villages in eastern Europe. Three of them came to this country. I have a picture of one of them. My grandsons are their great, great, great grandchildren. If you do the math, they probably have hundreds of descendants who never knew them, don’t know their names and couldn’t care less. The children in Zach and Mile’s generation have at least 32 great, great, great grandparents. But I know some of their names and I will write them down indelibly and think about them from time to time, imagining who they were and how they led their lives. 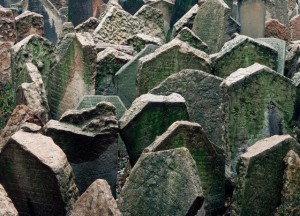