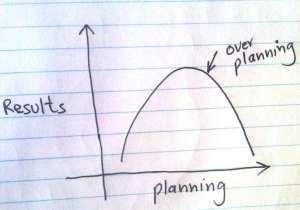 On May 31 I will celebrate my first full year of retirement. I had made sure I was well prepared for this year. I over-thought, over-analyzed, over-planned and over-reached. I was terrified by an image of myself sitting un-showered in front of the Soaps with matted hair and a stained velour track suit, having lost or misplaced 50 IQ points. So I set a busy agenda of projects!

I started a small business (without any entrepreneurial finesse or interest); committed to three freelance writing projects; started and completed a major dental overhaul; researched, wrote and delivered a speech to 50 mildly interested people; co-taught a 5 week university class; agreed to do six seminars as an extension of the work I had just retired from; tried unsuccessfully to keep up with my blog; learned to play mahjongg poorly; researched and developed a family tree; planned and executed a birthday party for my husband in Washington DC that included our widely scattered blended family; visited my 93 year old mentally declining mother twice a week in Assisted Living and dealt with her hospitalization and release to Health Care; tried to visit my daughter, son-in-law and grandchildren as much as possible despite the fact that they live in a remote area of Southwestern VA that is crazy difficult to get to. if you don’t drive on highways….there’s more but I’m exhausted just writing about it. Oh yeah, I took an eight week meditation class to learn how to “just be.” I did all of this (and much more) in my casual, yet stylish, post-retirement garb.

So no, I didn’t sit around ruminating and deteriorating; though I actually think some mindless activity stuff would have been good for me. More lunches out with friends, more TV, more Mall Crawls, maybe some more weekends away. So what’s up for next year?

I really don’t know! I want this next year to be more about experiencing and experimenting. I want it to be more about the journey, rather than the destination. About less, not more. About well being, not productivity. Just one good day after another. That’s enough for now.