Remembering to Forget; Forgetting to Remember 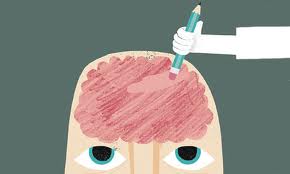 You can’t pick up a magazine or view an online site these days without coming across some article or blog bemoaning the memory blips that plague the lives of 60 somethings. Recently I laughed over an essay called “Speak Memory” by Jenny Allen in the New Yorker. Her position is that instead of talking about what we are forgetting, we should be celebrating what we do remember.

Like Jenny, daily, I lose the names of cleaning products I have used for years, names of movie stars, telephone numbers, why I came into the room, etc. When I struggle to recall that slippery thing, there is a clear, blank space where that factoid ought to be. Google can help, as well as tricks like making the sound of each letter in the alphabet or combining letters to see what emerges. I also have a network of kind souls who will help me out in a recall “emergency.” Fortunately, the word will usually come back on its own— minutes, hours, days, or even weeks later, if I don’t try to force it.

But weirdly enough, I can easily recall the dress I wore to a Patty’s birthday party 56 years ago. I remember the name of my piano teacher in the second grade. I can still visualize the stained page in Dr. Spock that talked about colic in babies. I can still spout Longfellow’s “The Children’s Hour” and the preface to (I just had to look up the title which vanished temporarily) The Canterbury Tales in middle English. I remember whom I went with to see “To Kill a Mockingbird” in 1962. I also, unfortunately, recall a host of icky things that I would much rather forget.

Psychologists explain this by saying that these memory bits and flashes from the past are part of our episodic or autobiographical memory that helps make us who we are. So it stands to reason that those quirky memories hang on despite the passing years. And do we really need to remember the name of our former boss’s wife? How about the female star of the old TV show “Thirty Something”? What about that cleaning product we have used for years?” Probably not.

So as Jenny suggests, we shouldn’t worry about forgetting useless tidbits of data that will eventually re-emerge; rather, we need to “take pleasure in what comes to us while we are sitting there not remembering math,” even though “ our memories are …now made up of a few odd, insignificant bits stuck there like chewed up gum to the underside of a classroom desk, and come to us unbidden and out of nowhere…”

The name of the author is the first to go
followed obediently by the title, the plot,
the heartbreaking conclusion, the entire novel
which suddenly becomes one you have never read, never even heard of,
as if, one by one, the memories you used to harbor
decided to retire to the southern hemisphere of the brain,
to a little fishing village where there are no phones.
Long ago you kissed the names of the nine muses goodbye
and watched the quadratic equation pack its bag,
and even now as you memorize the order of the planets,
something else is slipping away, a state flower perhaps,
the address of an uncle, the capital of Paraguay.
Whatever it is you are struggling to remember,
it is not poised on the tip of your tongue
or even lurking in some obscure corner of your spleen.
It has floated away down a dark mythological river
whose name begins with an L as far as you can recall
well on your own way to oblivion where you will join those
who have even forgotten how to swim and how to ride a bicycle.
No wonder you rise in the middle of the night
to look up the date of a famous battle in a book on war.
No wonder the moon in the window seems to have drifted
out of a love poem that you used to know by heart.