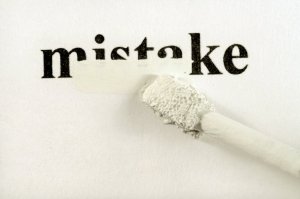 a petty sin or trifling fault

The word “peccadillo” was the answer on a Jeopardy question last night. I got it right and, ever since, have been thinking about my own peccadillos, those little faults, trivial sins and mortifications that humble and humiliate me.

Though nearly  all  of these occurred years ago and I am pretty “peccadillo free” at this point, certain past lapses still have the power to make me cringe when I recall them.  I have to make a concerted effort to dwell on the moral triumphs and the good deeds of the past 50 (gulp) years, but those darn peccadilloes rise up in my mind unbidden at unexpected moments and retain the power to make me flush with embarrassment.

Fortunately the word “peccadillo” is sort of cute and jaunty, not terribly threatening. I guess if you have to have sins, they might as well be peccadillos.

*Flirting with my best friend’s boyfriend

*Taking a book from the library without taking the time to formally check it out (but returning it later).

*Crying in class because I got a low mark on a biology test while shooting the teacher dagger looks.

*Jumping on my friend because her older sister couldn’t invite me to her wedding.

*Pretending to be sick rather than taking a test when I knew I wasn’t going to do very well.

*Being dismissive of a college acquaintance who wasn’t “cool” enough for me.

*Wearing my roommate’s skirt when I didn’t get permission.

*Eating chocolate as an after breakfast dessert.

*Petulantly calling my child’s friend’s mother when her friend changed her mind about coming to my child’s  10th birthday party.

*Using the free gift that came with the request for a donation to a nonprofit organization when I didn’t send in the donation.

*Skimping on a gift for someone special.

I’m sure there must be more but these are a few that still bother me to this day but haven’t been repeated. Do people in their sixties still commit peccadillos? Do I have peccadillos in my future?  Do I just like writing the word peccadillos?

Here’s a poem that has some parallels in that it describes how trivial, but unpleasant memories from our youth continue to surface in our mind, no matter how “mature” we get. The speaker  fastens on “peccadillos” from his past and views himself as “chump,” the way he regarded his father when he, himself, was young.

I used to mock my father and his chums
for getting up early on Sunday morning
and drinking coffee at a local spot
but now I’m one of those chumps.

No one cares about my old humiliations
but they go on dragging through my sleep
like a string of empty tin cans rattling
behind an abandoned car.

It’s like this: just when you think
you have forgotten that red-haired girl
who left you stranded in a parking lot
forty years ago, you wake up

early enough to see her disappearing
around the corner of your dream
on someone else’s motorcycle
roaring onto the highway at sunrise.

And so now I”m sitting in a dimly lit
cafe full of early morning risers
where the windows are covered with soot
and the coffee is warm and bitter.
-Edward Hirsch