Home › wisdom › Map of the world

Map of the world 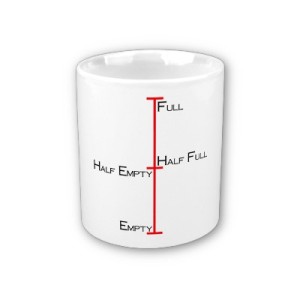 Is 60+ too late to change your world view from glass half empty to glass half full? If you have been taught to see the world a certain way as a child, is it possible to radically alter your view?

A recent memoir by Kelly Corrigan called The Middle Place referred to a map of the world that her father created for her and her siblings when she was a child. A joyous, personable, optimistic man, her father conjured up a shining world that he continued to burnish throughout her life.

Kelly’s father refracted the world back to her as “beyond safe, it had a sense of humor, it knew your name and it was waiting for you.”  The world beckoned to Kelly, inviting her to take advantages of its bounty. Despite set- backs and obstacles, she retained the sense that the world was a welcoming place. That feeling of belonging in the world seemed to blunt the force of the normal disappointments,  bouts with illness and grief.  Kelly’s world was a glass at least half full.

But what of other maps? What of parents who paint a gloomy picture for their offspring of a threatening world, one where no one will ever look out for you the way your parents did? A “real world” where happiness and joy are frivolous. A world that functions like a giant test that you must struggle to pass. What if the default setting is disappointment and misery, rather than open delight? Can you consciously choose to cast aside those deeply ingrained maps and create new, more helpful templates? To trade glass half empty for glass half full? When is it too late?

On the other hand, if you see the world as a glass half full, do you find humor in these jokes?

Remember that first joke in ” Annie Hall? ” Two elderly women are at a Catskill mountain resort, and one of them says: ‘Boy, the food at this place is really terrible.’ The other one says, ‘Yeah, I know; and such small portions.’

(And what is the moral of this joke? Life is full of misery, loneliness, and suffering- and it’s all over much too soon.”)

Here’s another: Sholom Alechem said “No matter how bad things are, you have to go on living even if it kills you.”

How about the man who tells his daughter who fears that an operation might end her life:
“Don’t worry, honey;  nothing is going to happen to you.  You’re young. You haven’t suffered enough.”

Now that’s a glass that’s  really empty! That’s a map that points to dead ends and dark lagoons. That’s a dark world view that breeds timidity and anxiety, a feeling of alienation and vulnerability.

So,  I wonder if Kelly would find these “jokes” funny. Or just sad.